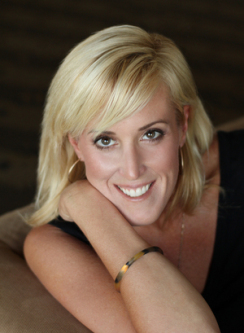 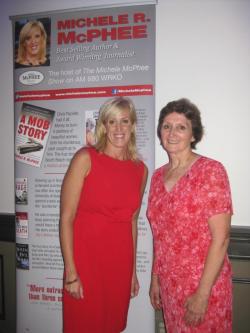 She was on the ground at the scene of two terror attacks on American soil. McPhee was among the first reporters at Ground Zero when two human-filled bombs hurtled into the World Trade Center towers on September 11, 2001. She was a witness to the carnage unleashed by two homegrown terrorists who detonated two pressure cooker bombs secreted in backpacks placed in the crowd along the finish line of the Boston Marathon on April 15, 2013 and is currently at work on a book about the FBI’s involvement with accused bomber Tamerlan Tsarnaev.

McPhee is the author of five true crime books, including

McPhee was also a consultant for Sony Pictures on the Lifetime movie. “Who is Clark Rockefeller?” Her book “A Mob Story” is slated for production as a feature film.

McPhee is the Boston producer for ABC News working in the Brian Ross Investigative Unit and has broken multiple national stories regarding New England Patriots tight end Aaron Hernandez and his murderous past. She was the first reporter in the country to obtain a picture of accused bomber Dzhokhar Tsarnaev’s anti-American missive scribbled on the side of a Watertown boat where he hid for hours during a massive police manhunt. She also traveled to Montreal to interview, with Brian Ross, the world’s most sophisticated counterfeiter of US $20 bills and covered last summer’s notorious trial of Boston mobster James “Whitey” Bulger.

McPhee was the Police Bureau Chief for the New York Daily News for nearly a decade and has covered high-profile crime cases nationally and internationally, including the death of Princess Diana. She has been a commentator on breaking news for national programs on ABC World News, CNN; MSNBC; and the Fox News Network.

She is the recipient of many journalism awards, including the Society of the Silurian’s Feature News Award for her New York Daily News 9-11 coverage. She was awarded First Place for Serious Column in the Boston Herald by the Associated Press. Her work for ABC Boston affiliate WCVB earned her a 2012 Emmy nomination for Outstanding Investigative Reporting.